Widely known as Japan’s national drink, Sake has gained significant popularity worldwide. In English, sake refers to an alcoholic beverage made from fermented rice. But in Japan, sake actually means all alcoholic drinks in general including wine, beers, shochu, and the drink we call “sake” in English. The actual name of “sake” in Japan is nihonsu (日本酒) which literally means “Japanese alcohol.”

Sake tasting is a must-try when visiting Japan. The taste, quality, and aroma of sake depending on the fermentation process. The key to making good sake is high-quality rice, clear water, koji mold, and yeast. 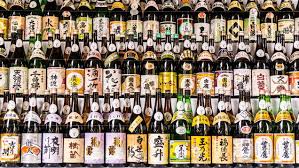 The famous rice wine is available in so many different variations that it could be pretty overwhelming for first-timers. Understanding the polishing and the addition of alcohol will make it easier to see the differences between the many types of sake. The following are some of the more common types of sake:

Sake can easily be found in many places throughout Japan, especially in restaurants, bars, and izakaya. Most premium sake is best enjoyed chilled, while cheaper sake tastes nice at room temperature or even when served hot. One last tip: sip and savor sake the way you would enjoy tea, don’t gulp it.